The era of streaming services has brought a new golden age of documentaries. In recent years, we have seen an explosion of documentary films and series that cater to the increasing demands. In this article, titled, Best Space Documentaries to Stream Right Now, we’ll run through our top picks from streaming services like: Netflix, Amazon Prime Video, Hulu Originals, and Sling TV, along with short reviews for each title.

So without further ado, let’s get started!

Netflix without question is one of the defacto streaming services on the planet. It has a plethora of content, both mainstream and original. For the best space documentaries on Netflix here are our top picks. 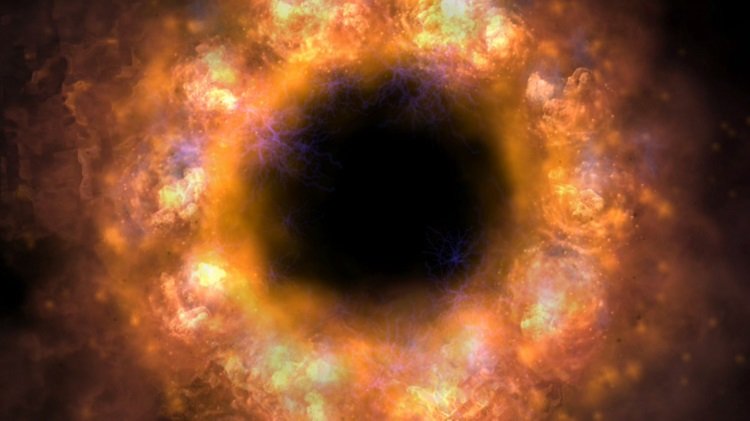 The mysterious yet mesmerizing deep space object that is black holes has garnered mainstream popularity thanks to Christopher Nolan’s 2014 box office Interstellar.

Supermassive Black Holes, one of the must-watch documentaries on Netflix, takes us even deeper than Interstellar into one of the most mysterious places in the realm of human knowledge: the interior of supermassive black holes.

This documentary is a journey back in both time and space, and watching this you’ll learn about the true nature of our universe and fascinating subjects like warp drives and how dark energy works.

Would it interest you that our own galaxy is also a house of a supermassive black hole? According to this documentary, it may have had a contribution to the creation of our galaxy, but at the same time might be the cause of our galaxy’s demise. Although this documentary is now two decades old, it is still relevant and highly entertaining. 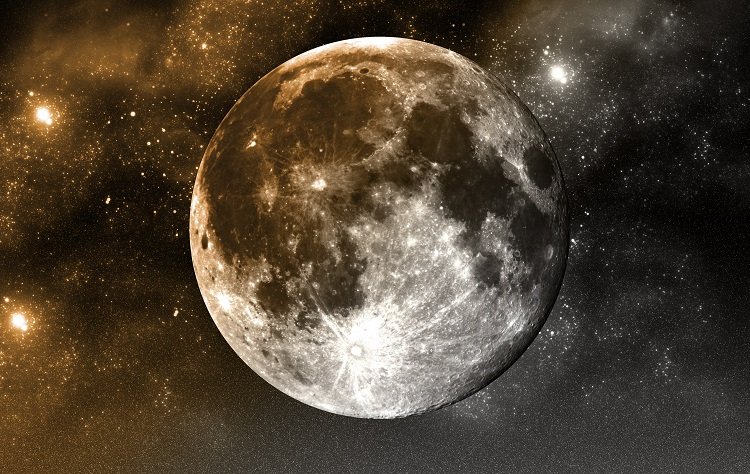 The Last Man on The Moon tells a biographical story of Eugene Cernan, who is at the moment, for more than four decades, is the last human being to step on the moon. Cernan tells his own story from his point of view about his experience of walking on the moon back in December 1972.

Cernan is surprisingly a great storyteller and how he told his observations and memories is actually very vivid and engaging, even for younger viewers. There are also many stories about the Apollo project during the 1960s and early 1970s, an important period not only in American history but the history of humanity in general.

The Last Man on The Moon is arguably the best documentary about the personal experience of living outside the Earth, an informative yet personal documentary. 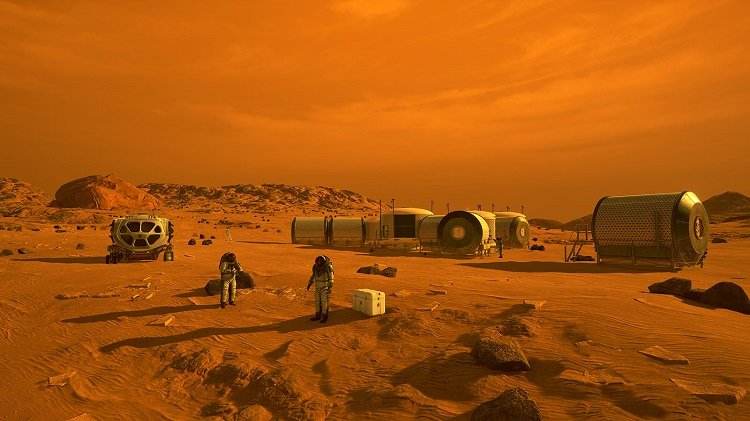 The Mars Generation is the most recent Netflix documentary on this list, and it follows a group of young scientists and space trainers that are molded into the “Mars Generation”.

The documentary, in a bigger picture, tells a story of how humanity is assessing and preparing our potential future on Mars and our group of 15 to 18-year old space trainees at the US Space and Rocket Center told their stories about exploring the future of space exploration and more specifically, our potential Martian future.

In today’s reality of climate change and recent global events, the newfound connotation about Mars as our new homemade this documentary particularly fascinating. Although it’s still highly unlikely we will ever see sentient beings on Mars, and highly unlikely that we’ll set our foot on Mars in our lifetime, this is still a very intriguing watch.

Amazon Prime Video is another great service that offers lots of diverse content. For a full review of Prime, I found this article very useful. Let’s take a look at some of the best space documentaries available on Amazon’s premiere streaming service. 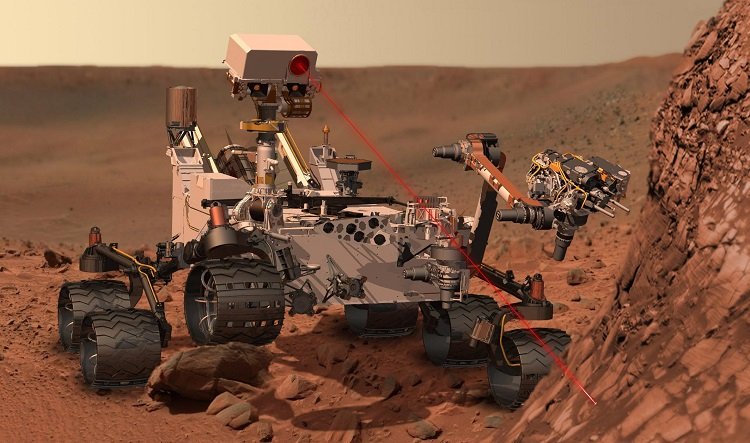 The Voyage of Curiosity tells the story of NASA’s Mars Curiosity rover, which was launched to Mars back in 2011. The mission of the Voyage rover has been filled with amazing discoveries and interesting close-calls, and this documentary is a re-telling of those engaging discoveries.

This documentary is especially interesting in how it handled the technical details of the mission itself, filled with intricate details and extensive images of Mars’s surface and beautiful animations.

The Voyage of Curiosity provides an amazing chance for us to see Mars from up close and personal-from the Curiosity’s point of view.

Curiosity’s main mission is pretty simple: to explore the possibility of whether Mars could have supported life in the past, so this documentary is also an extensive discussion on the subject.

This documentary is a great roundup of the interesting discoveries of the Curiosity’s expedition (at least, thus far), and probably the most adventurous on this list. 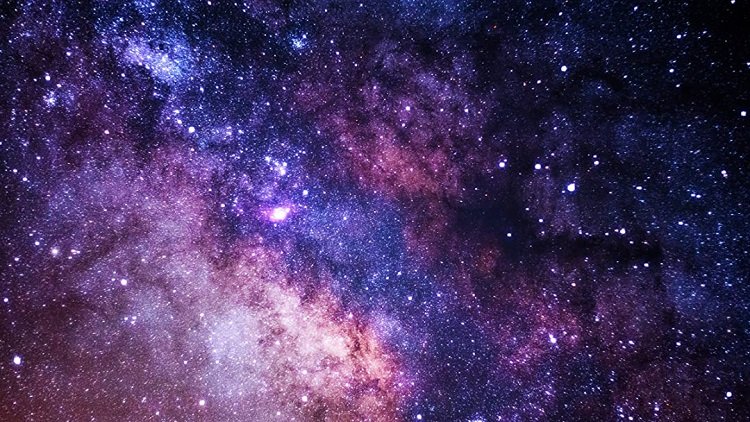 The Mystery of Dark Matter has a broader approach compared to the previous documentaries we’ve discussed in this list and is especially focused on one of the most difficult questions to answer regarding reality: “What actually is dark matter?”.

Made by French producer Fabrice Papillon, this documentary is rather unique compared to similar documentaries about the nature of our universe. In such documentaries, typically visual effects (that are often cheesy and annoying) are overused, but The Mystery of Dark Matter relies on a more personal drama of scientists’ struggle to understand dark energy, making it more enjoyable to watch.

Just a few decades ago, science seemed to understand how the universe was created and how it worked. However, the discovery of the dark matter brought us back again into the dark ages: we only really know what 4% of the universe is made of, and the rest (96%) is a mystery. 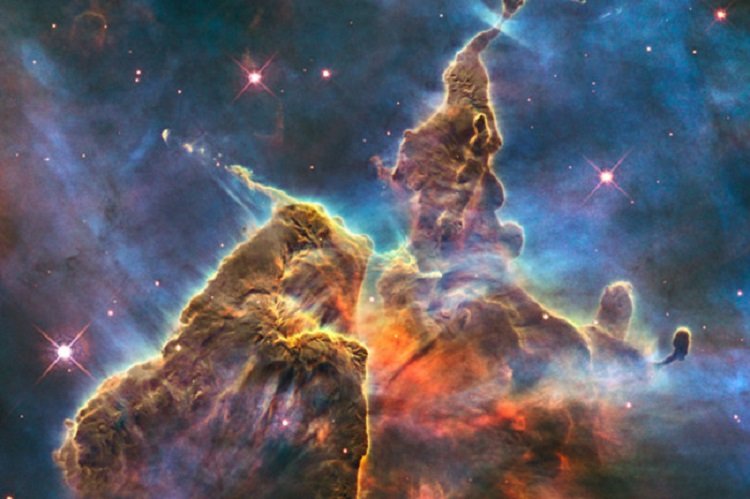 Hubble’s Enduring Legacy is a fascinating documentary film highlighting one of the most famous space exploration objects made by NASA that has been around since 1990. During these decades, Hubble telescope has produced the legacy of a massive library of astronomical images, some of them have also led to some important discoveries of the universe.

This documentary is an in-depth take into the stories behind some of the greatest shots made by Hubble and also tells the story of how these pictures led to various discoveries related to our ever-changing universe.

Especially great for astronomy hobbyists that enjoy amazing celestial pictures. Calm, crisp, and clean narration without too much drama like many modern space documentaries. Gorgeous graphics without cheesy visual effects with the amazing shots by Hubble as the foundation. It jumps between various topics related to space and universe, a very interesting documentary with eye-candy visuals.

Hulu Originals offers a huge library of on-demand content and has a great selection of the best space documentaries out there. In addition, Hulu also offers a live TV streaming service that will allow you to get rid of your monthly cable or satellite subscription. For a full review of Hulu be sure to check out their article once you’re done here.

Apollo 11 is the most recent documentary of this list so far, the documentary by Todd Douglas Miller was launched as a part of the 50th anniversary of the Apollo 11 success, the moon landing.

This documentary uses the digitally remastered archival footage of the original Apollo 11 mission that is surprisingly high-quality both in audio and visual matters. Everything was extensively documented back in 1969, which only makes sense due to the importance of the mission.

Still, Miller and the team did an amazing job of restoring and remastering the footage to today’s HD standards.

The image quality is probably the best selling point of this documentary, and it’s accompanied by a great narration to bring you back as close to the mission as possible. 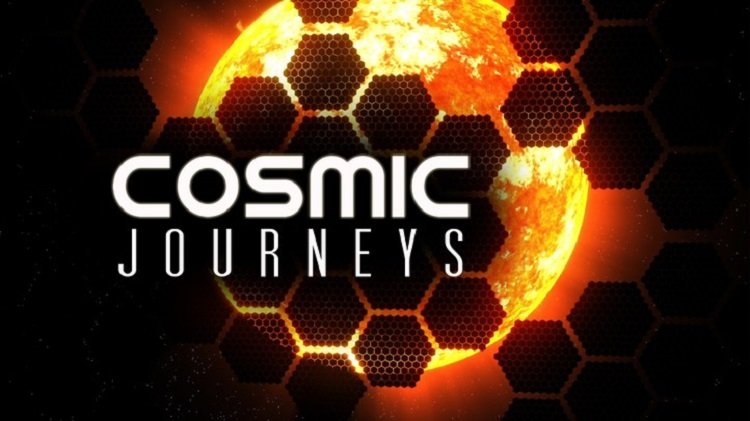 Cosmic Journeys is a documentary series featuring our universe’s origins, big bangs, black holes, the nature of our universe, and other interesting topics like: 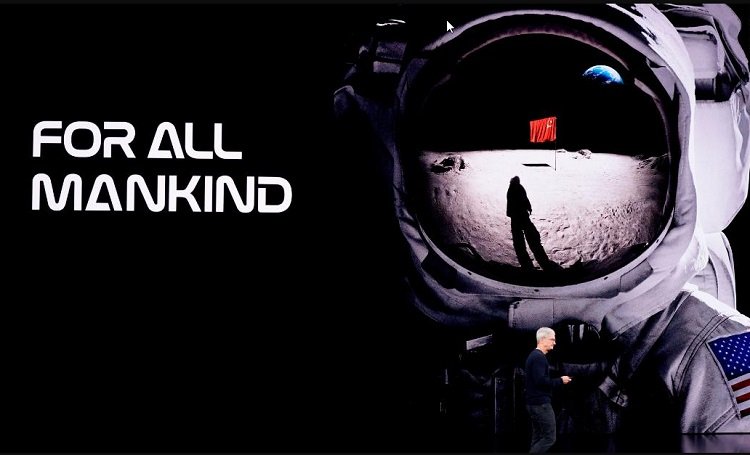 For All Mankind is a classic documentary that discusses the Moon landing, and similar to Apollo 11 discussed above, also primarily uses the mission’s archival footage to tell the story. According to the urban legend, Al Reinert-the director of this film-, watched over 6 million feet of mission footage to create this film.

Although it’s a fairly old documentary and has been around since 1989, the footage is still very good even to today’s standards. Something really unique from this documentary is how Reinert shifts between narrations and points of view so quickly (but smoothly), which creates a sense of being everywhere at once. This creates a really immersive feel where we can feel like a part of the space itself.

The film includes various familiar images, but there are also rarer images and footage that can be an interesting watch. Simply put, a classic documentary. 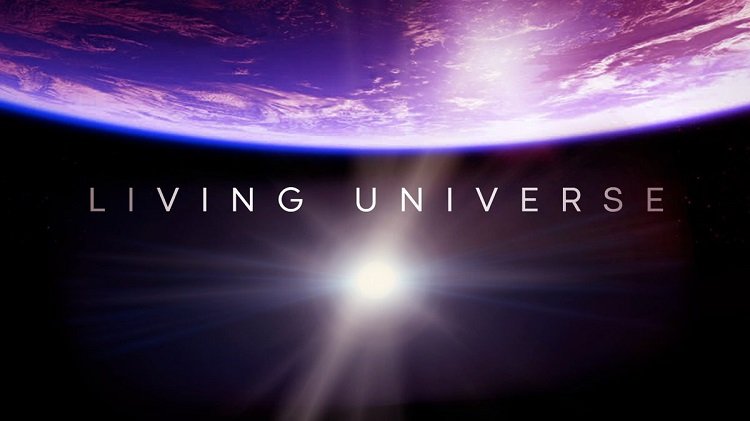 Living Universe, as the title suggests, is a documentary about exploring the possibility of the existence of life in the universe outside our planet: to discover if we are really alone in the vast universe.

This documentary is narrated by Dr. Karl Kruszelnicki, a famous Australian scientist and Triple J regular, and follows a fictional journey oh an unmanned spaceship, 150 years into the future. So, this documentary is also interesting in how it combines fiction with a documentary approach.

Nevertheless, Living Universe offers an interesting, entertaining narration in answering three simple yet difficult questions: where are we going? When will we be ready to leave the Earth? And what will it take to get there?

Living Universe is a nuanced and well-researched documentary about how far humanity has come regarding space exploration, and how far away we are to real interstellar travel. 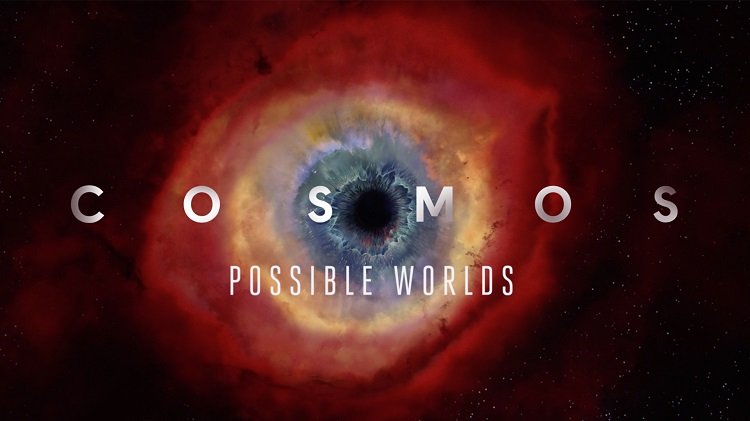 A very recent documentary based upon the work of popular scientist Carl Sagan, Cosmos: Possible Worlds premiered on March 9, 2020. Hosted by another popular scientist, the astrophysicist Neil deGrasse Tyson.

As the title suggests, this documentary explores the possibility of other planets-or worlds-, of which Neil deGrasse Tyson delivers the narration with an attractive optimism and a necessity of urgency.

Cosmos: Possible Worlds, however, is not only emphasizing the wonders of potential worlds, but also the potential consequences of neglecting our responsibilities to Earth, the world we currently live in.

Although it is a very technical (and in some places, political) topic, another great highlight of this documentary is how it is presented in a very digestible manner. Also, the visuals are great and very attractive, especially for younger viewers. A great show not only as entertainment but as an educational piece. 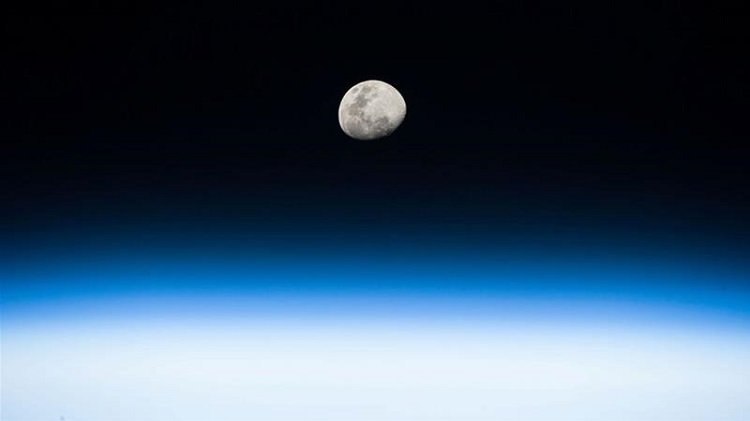 The fairly recent documentary Return to the Moon is about the recent ambition from companies like SpaceX and Blue Origin, along with countries like India, China, Russia, and obviously the U.S. to return once again to the moon.

This documentary especially explores the idea about how in the coming decades, humans will colonize the moon and exploit resources like Helium-3, a potentially game-changing power source discovery.

Also, even though this is a futurist documentary, Return to The Moon also discusses the Apollo projects and the heroes of five decades ago besides today’s pioneers and revolutionary technologies.

The moon has recently captured the world’s attention once again to coincides the half of century anniversary of the moon landing, and in Return to The Moon, we will learn various interesting topics like which countries and companies are joining the race, the interesting technologies that will allow the new moon landing projects of the future, and so on.

A really watchable show for any hobbyists and astronomers alike, especially for those who are also interested in the business side of space exploration.

Obviously there are more titles available on each respective platform, but the twelve titles we have shared above are some of the best available today and can be a great start if you want to start an astronomy hobby or if you are simply looking for something entertaining and educational to watch.